When Michigan became the third-highest state with COVID-19 positive cases, and reports on the shortage of Personal Protective Equipment came out, I began 3D printing face shields at home. Locally on our neighborhood and city social media groups, I was moved by stories of ER nurses and other healthcare workers who do not have access to them. As of 4/8/2020, I’ve made 35, with around 120 more planned.

This is a personal effort rather than an activity by the research lab. I created this page to help share resources and notes from my experience, to help others with 3D printers interested in printing these as well. 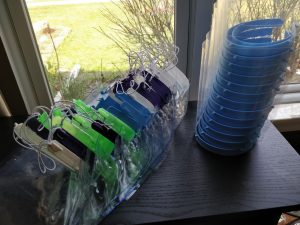 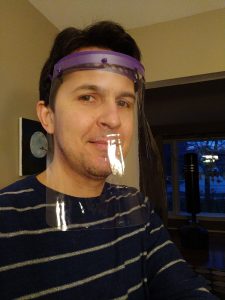 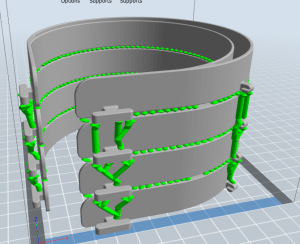 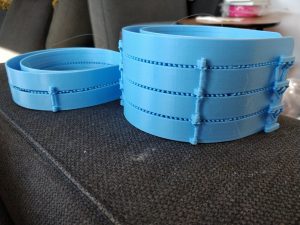 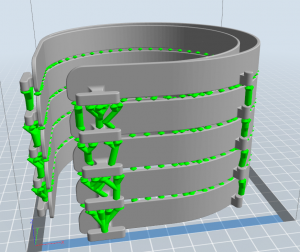 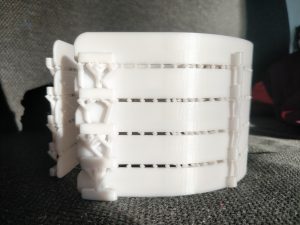 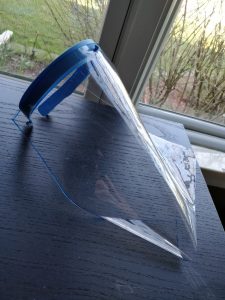 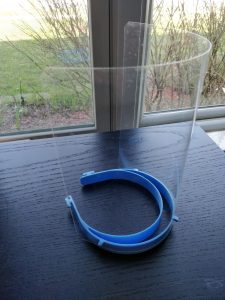 I have found this interesting write up titled “DIY n95 – Make Your Own DIY n95 Mask”. I’m not an expert, but the analysis seems reasonable. It appears that two layers of HVAC filter rated MERV 14 or higher would filter as effectively as an N95 mask. This is an interesting MERV rating chart. I have heard from a discussion in a maker group that furnace filters are not recommended because of chemical content, but I do not have a source for this recommendation.

I have printed this design, which could pinch any filter material (could be useful as a general mask, if not N95). I’m not a fan of the look, and the seal on the face was neither great nor comfortable for me. I don’t plan to pursue this further.